My name is Daniella doberman. I am a sculptor, a first-generation Serbian-American. My family is from the former Yugoslavia. Plenty of the work I tend to do is large and monumental to reference Eastern Europe because there were many brutalist sculptures in parts of former Yugoslavia that I used to visit as a child, and that is in my DNA. The brutalism of Eastern Europe and Serbia and the peoples from there.

Talk about Serbia and the brutalism in your work as a sculptor. How is it related to this installation here?

I am a little bit obsessed with brutalism because of my history. So when I spoke with Max Presneill, the director of Torrance Art Museum, we talked about a piece for the LA art show. And I brought him the idea of doing a monumental sculpture in a brutalist style as an homage to humans because it almost feels like, with all of the pandemics and the climate change, we might be making ourselves go extinct. So this piece is really like about how humans were here.

Why did you create that structure in this brutalist format? How are you pushing the message?

So brutalism is from mid 20th century and was made to portray a utopian ideal. Choosing that format was to illustrate that humans, as genius as we are to construct our lives, and these large pieces, also hold the capacity of destroying what we have built. So this kind of ties into the idea of this unworldly ideal that never really worked out.

Speak about the pieces themselves, about the process of creating this.

When I first approached Max, my idea was to do something 20 feet tall and 8 feet wide. And he said: great, do that times 16. But there are not a lot of places in Los Angeles where you can make something monumental in an enclosed space. So I was forced to create it outside, in the elements. And so every panel was handmade in my backyard, on my driveway, on my front yard, or my neighbor’s front yards. I took over my neighborhood. And as I was making them every day, I would start at 5 am. The neighbors would walk by with their dogs and watch me. And after maybe like 3 or 4 weeks, then they would talk to me. And then they would ask me if I was making a fence. I would say no, I am not making a fence, but you should come to the show. But they would see me like out there toiling because, in 100-degree heat, not easy to do plaster. That is what they were facing. Or in the hurricane wind, if I am like standing holding 8-foot sections of foam that like to fly and having to rope it. They saw everything, and it became about a human being against the elements. And I realized as I was doing it that the actual process of building the work became part of the art. I was experiencing what the whole world was experiencing but on a micro-level. So it was like a human against the elements that humans have helped create. So it was interesting. Everything got captured in every panel. From the trees helping during the fall with all of the leaves falling onto the wet plaster to birds flying overhead in what you can imagine happens then. Everything is captured in the last three months by hand in each panel. 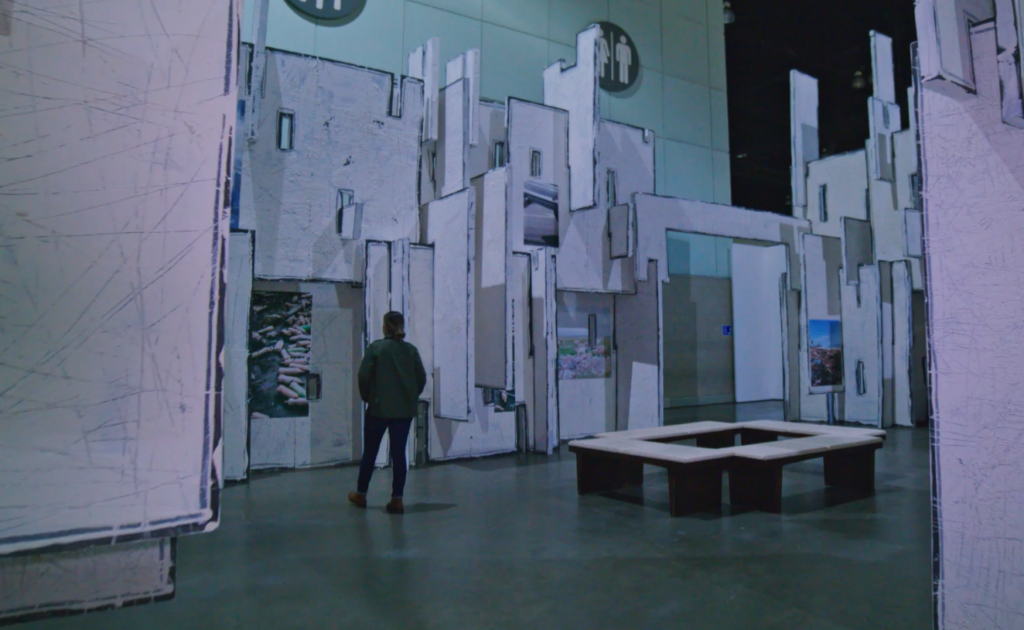 How have people received this installation so far? What kind of reactions have you seen?

So I think there is a lot inside it that takes some time to digest. But the first reaction is always jaw-dropping because we are not used to seeing something monumental. And with the lime plaster finish, it is like a 3D fresco and looks very heavy. But when people come and touch it, they realize it is as light as a feather. It changes the conversation. It’s also kind of about something called paper tigers, where it looks heavy on the outside, but it’s very fragile. For me, that also relates to our global environment. As humans, we think the earth will always be here and can help heal itself. And it seems strong, but maybe it’s not so strong. Perhaps it’s like a paper tiger.

What's the message that you want to convey as an artist here?

I purposefully did it by myself without assistants or fabricators almost to suffer through the work, to show what one person can do by themselves on a grand scale. And I did that to help communicate that everybody constantly thinks that solving environmental issues is somebody else’s job. And it’s about one person can do a lot if they want to. 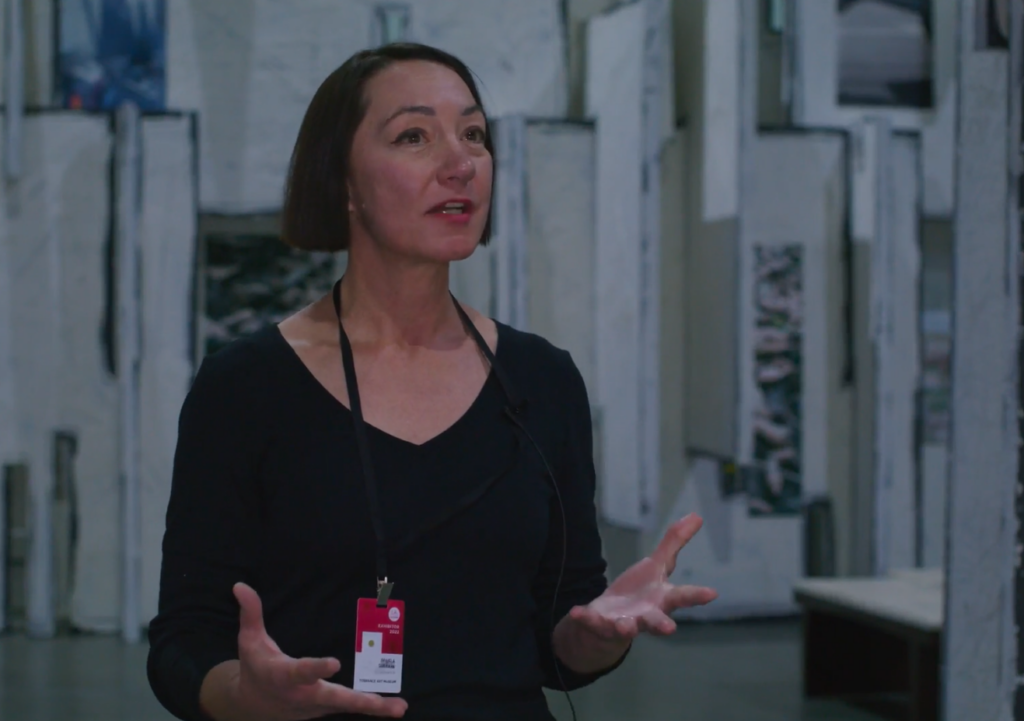